Let’s talk about Topper Thornton! He is a character in the TV show Outer Banks, a wealthy member of the Kooks. The Kooks are a group of wealthy summer residents who own vacation homes on the island. Topper is the son of the wealthiest man on the island, Ward Thornton. He is portrayed as arrogant, entitled, and out of touch with the local community. Despite being a friend of the main character, John B, he has a contentious relationship with the Pogues, a group of working-class locals. Furthermore, Topper is also a love interest of Sarah Cameron, who is John B’s love interest. He is a complex character with a deep-seated sense of entitlement and a desire to prove himself to his father.

Sarah Cameron has gone full Pouge in the recent season of Outer Banks. What does this mean? Well because of the love Topper has demonstrated in previous seasons, trying to show Sarah that he would untimely do anything for her, it is safe to say in Outer Banks season 3, we may see Topper and John B. set aside their differences for the threat ahead. What’s a Pouge and Kook?

The TV show Outer Banks portrays Pogues and Kooks as distinct groups of people living on the same island, with vastly different lifestyles and priorities. The Pogues, known as “Boys in the Bogue,” are a tight-knit group of friends from working-class neighborhood “The Cut.” They come from families that have lived on the island for generations, passionate about preserving their way of life. They make a living through fishing and other manual labor, often struggling to make ends meet. 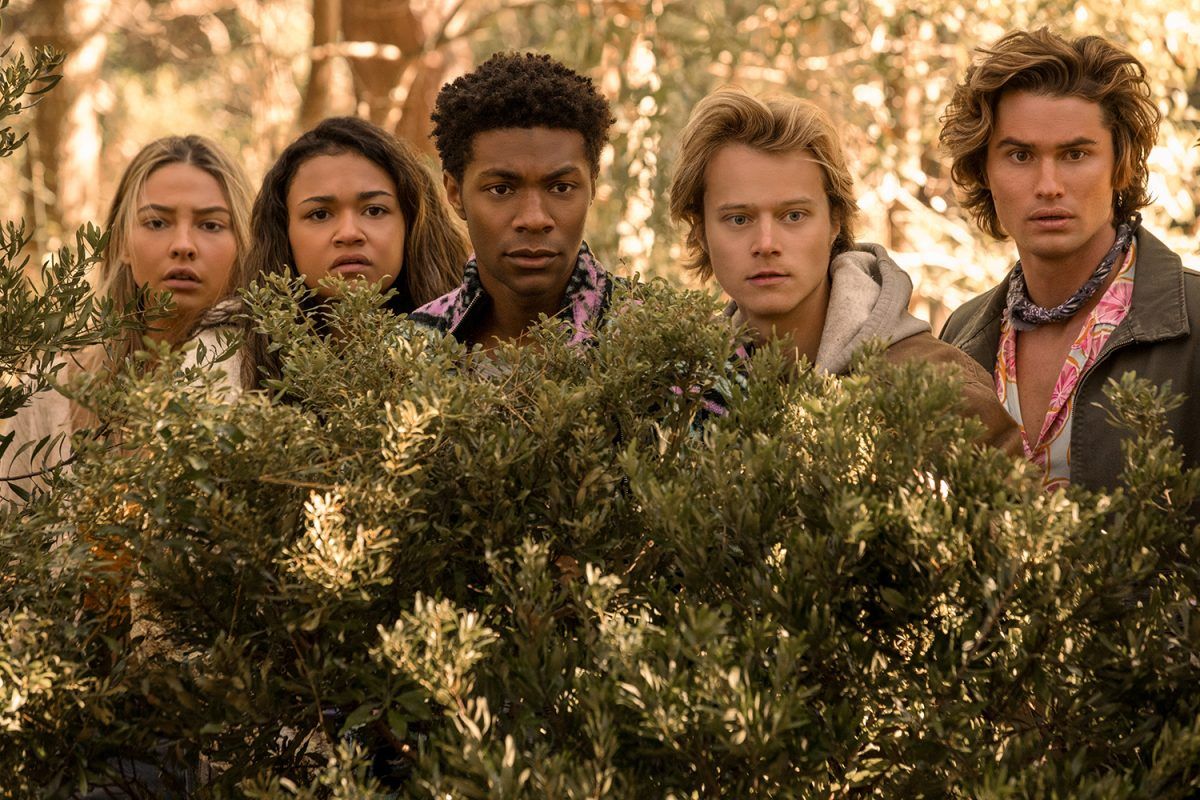 The Kooks are wealthy vacationers who own expensive homes on the island. They’re often portrayed as out of touch with the local community, dismissive of the Pogues’ way of life and are known as “Kooks of the Kooken.” They come to the island during summer and enjoy a luxurious lifestyle on their boats. They are often seen as arrogant and entitled. Their presence on the island creates tension between the two groups.

The Pogues and Kooks often disagree over issues such as access to resources, like fishing spots and beaches, and the preservation of the island’s natural environment. Furthermore, The Pogues fiercely protect the island and its way of life, while on the other hand, the Kooks often want to change it to suit their own tastes and preferences. This results in a contentious relationship between the two groups, with tensions often leading to confrontations and conflicts.

The Pogues have been stranded on a deserted island! During the final events of Outer Banks Season 2, they washed up on shore in the Bahamas without enough gas to return home. Topper visits the Cameron residence in search of Sarah to check if she is safe after all the tragic events. Topper’s behavior becomes more watchful and protective after he witnesses Rafe trying to drown his own sister. It’s likely that he will seek answers and ultimately come to Sarah’s rescue, potentially leading to him working things out with John B and joining the Pogues in Season 3. Outer Banks Season 3 releases on Netflix on February 23rd, 2023.
- Advertisement -

JJ And Kiara Romance Set Up For Outer Banks Season 3